Get Instant Call Back

Lodha Parkside Mumbai offers premium apartments to buyers in tandem with top notch amenities and other facilities. Lodha Parkside Worli is located strategically at one of the most prime areas in the city. The project offers easy access to several parts of the city including prominent business zones.

What are the key details of the project?

You can choose from Lodha Parkside 2 BHK and 3 BHK apartments that are sized between 1350 and 1989 sq. ft. on an average. This is a mid stage project.

What are the amenities available at this project?

What are my locational advantages at this project?

A note on the developer

The Lodha Group is one of the foremost real estate players in India and has a significant presence in the UK market as well. The Group has built several landmark projects and is currently developing a whopping 43 million sq. ft. of prime real estate space. The Group also has the highest land banks in the Mumbai Metropolitan Region. The Group has 28 ongoing projects across Mumbai, Pune, Hyderabad and London. The Group is also foraying into the Bangalore market. Total land reserves of the Group stand at a mammoth 6, 200 acres with saleable area of 553 million sq. ft. Some of the Group’s landmark projects include the tallest residential tower in the world which is called World One and the first greenfield smart city in India called Palava City.

The Group collaborates with several leading global brands like Jade Jagger, Armani/Casa, Greg Norman, Philippe Starck, Trump, Kelly Hoppen and Pei Cobb Freed. The Group also created history with the biggest land deal in India when it bought an MMRDA plot in the year 2010 for a whopping INR 4, 053 crore. The Group has also acquired huge land parcels in Altamount Road and Thane. It has also acquired the famous MacDonald House in Grosvenor Square and is targeting the delivery of 1, 000 homes annually in London from 2017. The Group has its offices in London, Dubai and Shanghai and will soon open offices in the United States and Singapore. The Lodha Group employs around 25, 000 site workers along with 1800 engineers, 150 designers and architects and 800 management professionals. CASA by Lodha is the consumer luxury division owned by the Group which offers mid-income residences. The Group also retails branded office spaces across segments. 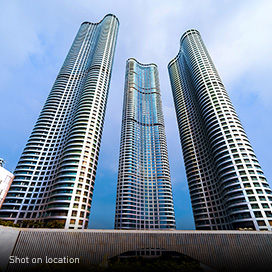 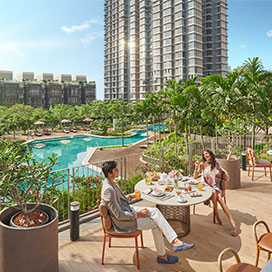 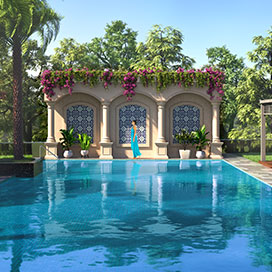